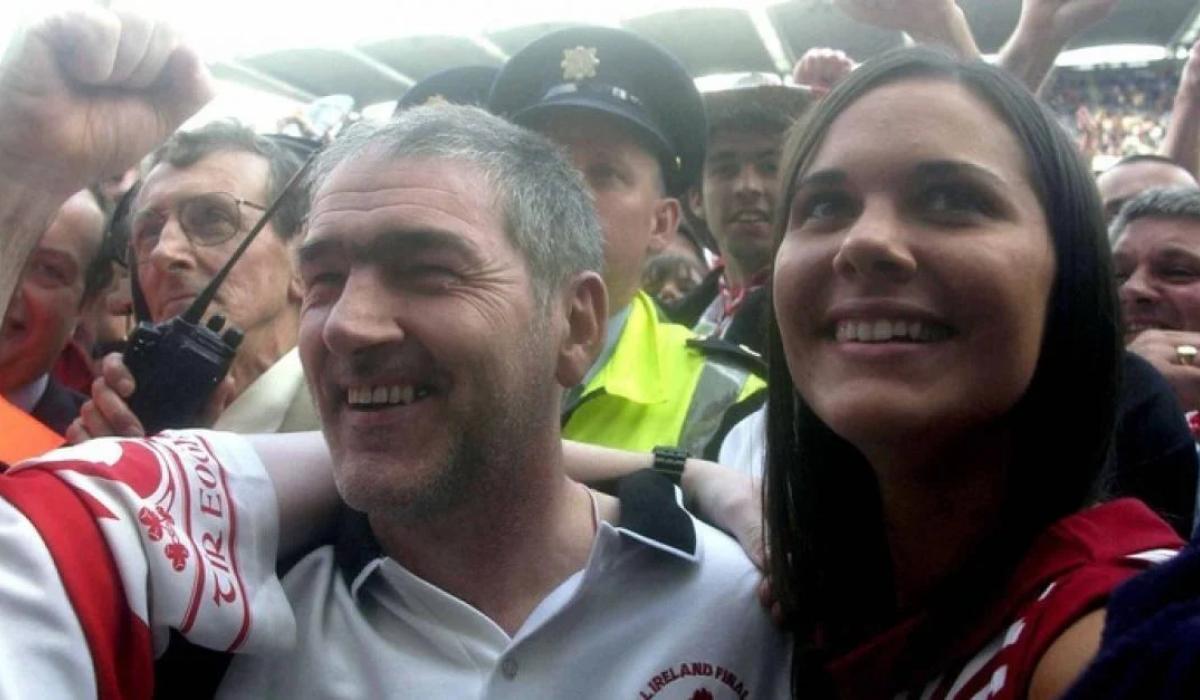 A number of County Derry businesses have been taking action after some of their staff were identified on footage taken last month mocking the murder of County Tyrone teacher Michaela McAreavey in 2011.

The 27-year-old teacher and daughter of former Tyrone football manager Mickey Harte was killed in her room at the Legends Hotel in Mauritius on January 10 2011.

Mrs McAreavey, who had married husband John 10 days earlier, was attacked after she returned to her room alone and disturbed a burglary.

No one has been convicted of the murder.

Since the footage was posted online last week, action has been taken against a number of men identified in the video.

NIFL club Linfield dismissed a women’s youth coach alleged to be involved in the incident, while Portadown FC removed an advertising hoarding for a business owned by another man identified.

Armagh City, Banbridge and Craigavon Borough Council launched an internal investigation after one of their employees was allegedly involved, while the Orange Order also condemned the incident.

A minute’s applause was also held in the 27th minute of Armagh and Tyrone’s All-Ireland SFC Qualifier at the Athletic Grounds on Sunday in solidarity with the Harte and McAreavey families.

Now a number of County Derry businesses have released statements detailing action to be taken after some of their employees were identified as having taken part in the singing.

“We have unfortunately been notified of highly offensive online social media content involving a staff member who has recently joined the company,” they said.

“As a family and a business, we strive to promote an ethos of dignity, respect, and integrity in everything that we do.

“Whilst we cannot control what our staff do outside of work, we do expect our staff to act in accordance with our company values both inside and outside of the workplace.

“The content posted online is abhorrent, divisive and we unequivocally condemn such behaviour. It has no place in society and we will not tolerate such conduct by any member of staff.

“We have advised the staff member that his employment has been terminated with immediate effect.

“Our thoughts are with the Harte and McAreavey families at this difficult time and we commend them for the dignified manner in which they faced this matter.

“Hate can hurt, but never win,” they added, in reference to a similar statement made by Michaela’s widower John.

Cunningham Covers, in Maghera, said they would be carrying out a ‘thorough’ investigation after one of their employees attended the event.

“We have been made aware of the attendance of one of our employees at an event recently where extremely offensive, derogatory and abhorrent behaviour took place,” they said.

“As a family business we endeavour to ensure respect and inclusivity in all we do and as such denounce this behaviour and bigotry.

“We will be carrying out a full and thorough internal investigation.

“Our thoughts are with the Harte and McAreavey families at this most difficult of times,” they added.

Castledawson-based Super Seal Window Systems Ltd have also released a statement saying ‘appropriate action’ had been taken against one of their employees.

“We have unfortunately been notified of highly offensive online social media content involving one of our employees,” they said.

“Our policies dictate that any person who works for, supplies or does business with the Company should never experience conduct that violates their dignity or creates an intimidating, hostile, degrading, humiliating or offensive environment.

“The content posted online goes against everything that we as a Company and a family business stands for, expect and accept from our employees.

“We pride ourselves on having a diverse workforce and denounce and abhor behaviour that is divisive and bigoted.

“Our thoughts are with the Harte and McAreavey families at this time,” they added.

Fyfe’s Car Parts, who have a branch in Magherafelt, said they had begun an investigation into the incident, which ‘may involve’ one of their employees.

“Fyfes has been made aware of extremely offensive content circulating on social media, which may involve one of its employees.

“Fyfes condemns all forms of discriminatory behaviour and language and a thorough investigation has already begun. We will take the appropriate action based on its outcome.

“As a 3rd generation family-owned business of over 100 years, employing more than 200 people, Fyfes works to a set of core values, the most important of these is respect, respect for our customers, team and the communities we serve.

“Thank you for your patience while we conduct our investigation,” they added.

Kenny’s Convenience Stores, who have stores in Kilrea, Garvagh, Coleraine and Magherafelt, said they had terminated the employment of one member of staff.

“We have become aware of highly offensive social media posts involving a staff member,” they said in a statement posted on social media.

“We acknowledge that the behaviour undertaken was carried out in a private capacity beyond the control of the company however we are treating this matter with the utmost seriousness.

“As a business we do not tolerate or condone offensive or disrespectful conduct from our staff.

“We have advised the staff member that their employment has been terminated with immediate effect.

“We apologise unreservedly for the hurt that this has caused the McAreavey/Harte families, our staff, customers, and the communities we have served for the last 29 years.”

Meanwhile, a PSNI investigation has been launched into the incident, with police confirming they had interviewed one man in relation to the alleged offences.

“Our investigation into this incident is ongoing,” said a spokesperson.

“On 5th June we interviewed one male who attended voluntarily for interview. A file will be prepared for review by PPS (Public Prosecution Service) in due course.”

Acting as a consultant for three men identified in the video, Jamie Bryson said the situation had become a ‘public witch hunt’.

“We can confirm a PSNI investigation has commenced under the Communications Act,” said a statement issued by JWB Consultancy.

“In any event, regardless of whether broadcast or not, the relevant behaviour is not acceptable in any section of our society, either in public or private.

“Given this matter is now subject to a police investigation, it will not be possible to offer any further specific comment lest it prejudice those enquiries.

“This is becoming a public witch hunt, inclusive of repeated death threats and there is a growing social media mob who appear to have lost all grip on reality.

“It is now time to draw a line under this vile incident and allow any investigations to take their course.”