When the Hunga TongaHunga Ha’apai volcano exploded earlier this year, the shockwaves were felt across the world and the effects transcended Earth into space. An explosion of that level should have completely wiped the volcano, however, new evidence suggests it remains intact with dramatic effects from the eruption visible on the seafloor.

The researchers recorded up to seven cubic kilometres of displaced material the equivalent of 3 million Olympic-sized swimming pools but there is likely more yet to be seen. The massive explosion had also destroyed the domestic internet cable that cut off communication and buried under 30 metres of ash and sediment.

“Although the seafloor on the volcano is largely barren, surrounding seamounts have pockets of normal biodiversity, such as corals, sponges, starfish, and mussels, indicating the resilience of such marine ecosystems and giving some hope for recovery. More work needs to be done before we can be confident of how the ecosystem will respond,” marine biologist Dr Malcolm Clark said.

The researchers also tested the water column for physical and chemical characteristics, including temperature, nutrients, and oxygen concentration. and initial data reveals that the water column is still recovering, and some airborne ash is yet to completely settle on the seafloor.

The team also noticed evidence that the volcano may still be erupting, with a dense ash layer found in the upper water column near the volcano. “In the immediate aftermath of an eruption, volcanic ash fertilises microscopic ocean algae thanks to the ash’s concentration of nutrients and trace metals – in this case, there was a bloom of life so big that we could see it from space,” biogeochemist Dr Sarah Seabrook said in a statement.

Scientists have collected hundreds of samples during their mission, including seabed cores, various corals and 250 kilograms of rock, some of which were newly formed from the eruption. 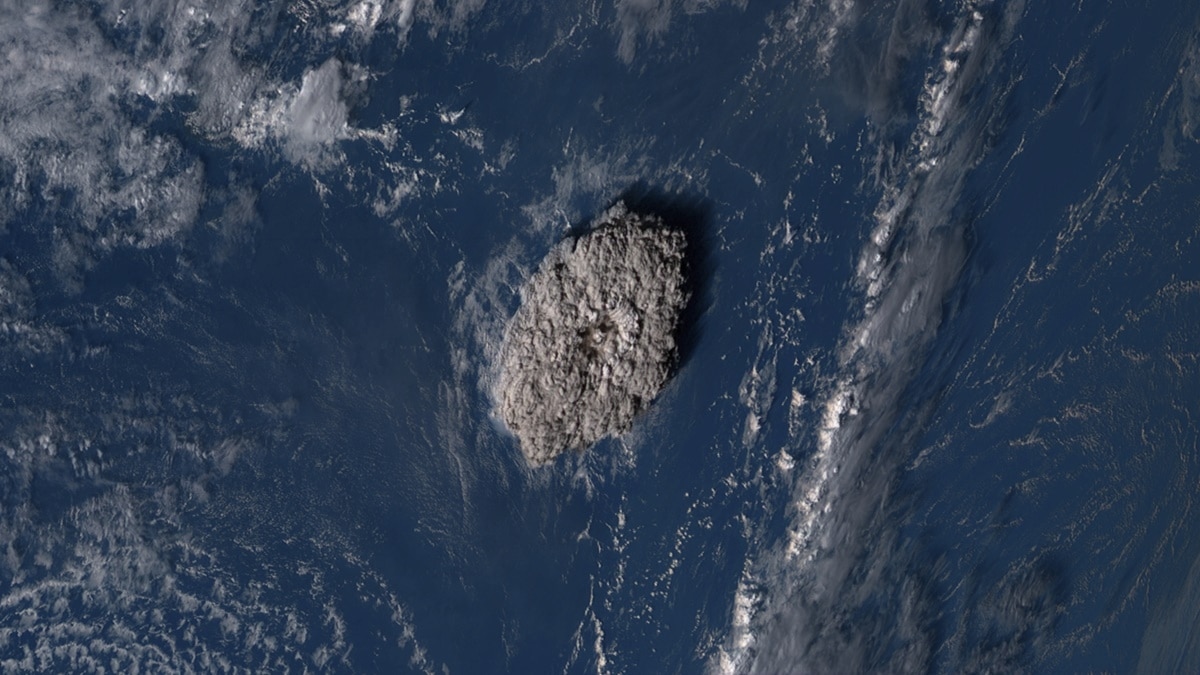 The Tonga eruption as seen from space. (Photo: Nasa)

The researchers now plan to map the caldera by an uncrewed surface vessel (USV) and measure the environmental conditions of the water above it. The unmanned vessel will also use an innovative winch and sensor deployment capability to map any new volcanic activity.

“This project is being conducted in the hope that understanding the effects of the volcanic eruption will contribute to the recovery of Tonga, where the sea is an important resource, and to the disaster preparedness of many countries, including Japan,” Nippon Foundation’s Executive Director Mitsuyuki Unno said.