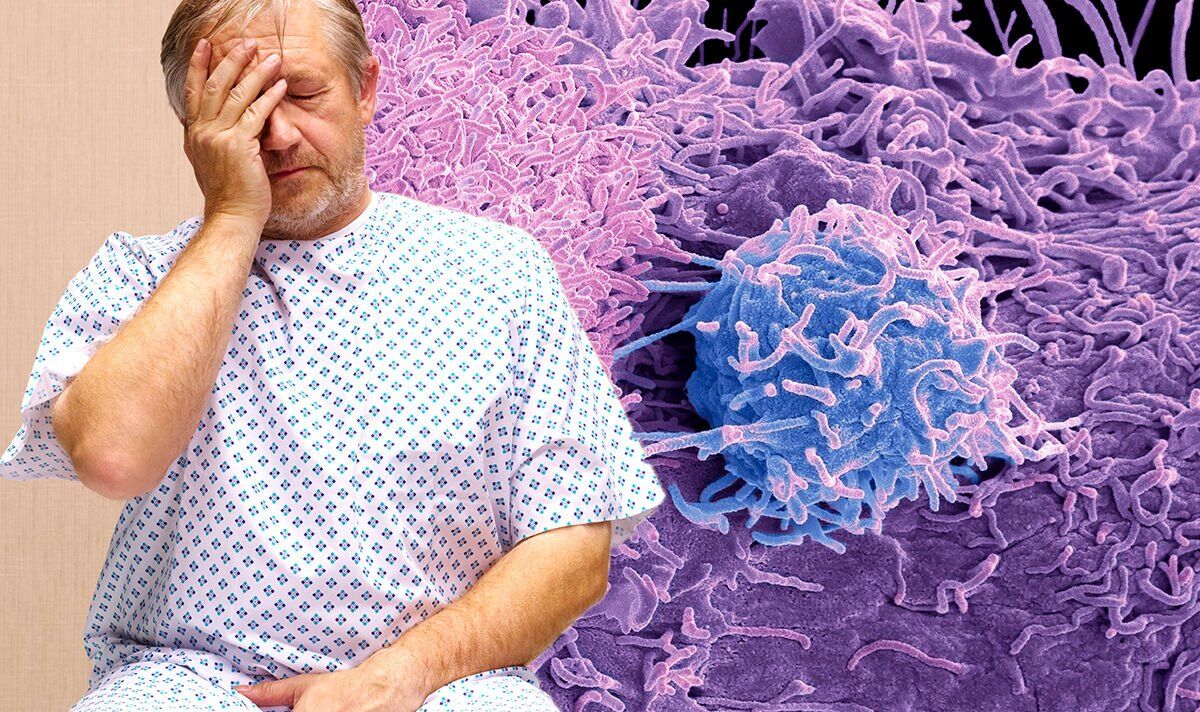 The prostate is a small gland in the pelvis and is part of the male reproductive system. It’s located between the penis and the bladder, and surrounds the urethra. Common symptoms men are told to look for include an increased need to pee, straining while you pee and a feeling that your bladder has not fully emptied.

But a paper published today by a team at the University of Cambridge argues that focusing on symptoms around urination is misleading when it comes to prostate cancer.

Vincent Gnanapragasam, professor of urology at the university, explained: “When most people think of the symptoms of prostate cancer, they think of problems with peeing or needing to pee more frequently, particularly during the night.

“This misperception has lasted for decades, despite very little evidence, and it’s potentially preventing us picking up cases at an early stage.”

More than three quarters of men diagnosed with the disease survive longer than 10 years, but this proportion has “barely” changed over the past decade in the UK, largely because the disease is detected at a relatively late stage.

READ MORE: High cholesterol: Two signs on your face that increase risk of death at a ‘younger age’

In England, nearly half of all prostate cancers are picked up at stage three of four (stage four being the latest stage).

The review, published in BMC Medicine, explores how prostate enlargement can cause the urinary problems often included in public health messaging, but says the evidence suggests this is “rarely” due to malignant prostate tumours.

Instead research shows that the prostate is smaller in cases of prostate cancer.

And a recent study – the UK PROTECT trial – went as far as to say that a lack of urinary symptoms may in fact be an indicator of a higher likelihood of cancer.

The researchers point to evidence that there is a misconception that prostate cancer is always symptomatic.

A previous study found that 86 percent of the public associated prostate cancer with symptoms, but only one percent were aware that it could be asymptomatic.

“We urgently need to recognise that the information currently given to the public risks giving men a false sense of security if they don’t have any urinary symptoms,” said Professor Gnanapragasam.

“We need to emphasise that prostate cancer can be a silent or asymptomatic disease, particularly in its curable stages.

READ MORE: STI symptoms: The sign in your mouth that can signal syphilis – ‘See a GP’

“Waiting out for urinary symptoms may mean missing opportunities to catch the disease when it’s treatable.

“Men shouldn’t be afraid to speak to their GP about getting tested, and about the value of a prostate-specific antigen (PSA) test, especially if they have a history of prostate cancer in their family or have other risk factors such as being of black or mixed black ethnicity.”

Testing for prostate cancer involves a blood test that looks for a protein known as a prostate-specific antigen (PSA) that is made only by the prostate gland; however, it is not always accurate.

PSA density is significantly more accurate than PSA alone in predicting a positive biopsy and is used in everyday clinical practice.

Professor Gnanapragasam added: “We’re calling on organisations such as the NHS, as well as patient charities and the media, to review the current public messaging.

“If men were aware that just because they have no symptoms doesn’t necessarily mean they are cancer free, then more might take up offers for tests.

“This could mean more tumours identified at an earlier stage and reduce the numbers of men experiencing late presentation with incurable disease.”

There are 12,000 prostate cancer deaths in the UK every year.

The Taste for Specialty Foods Is in Our Genes