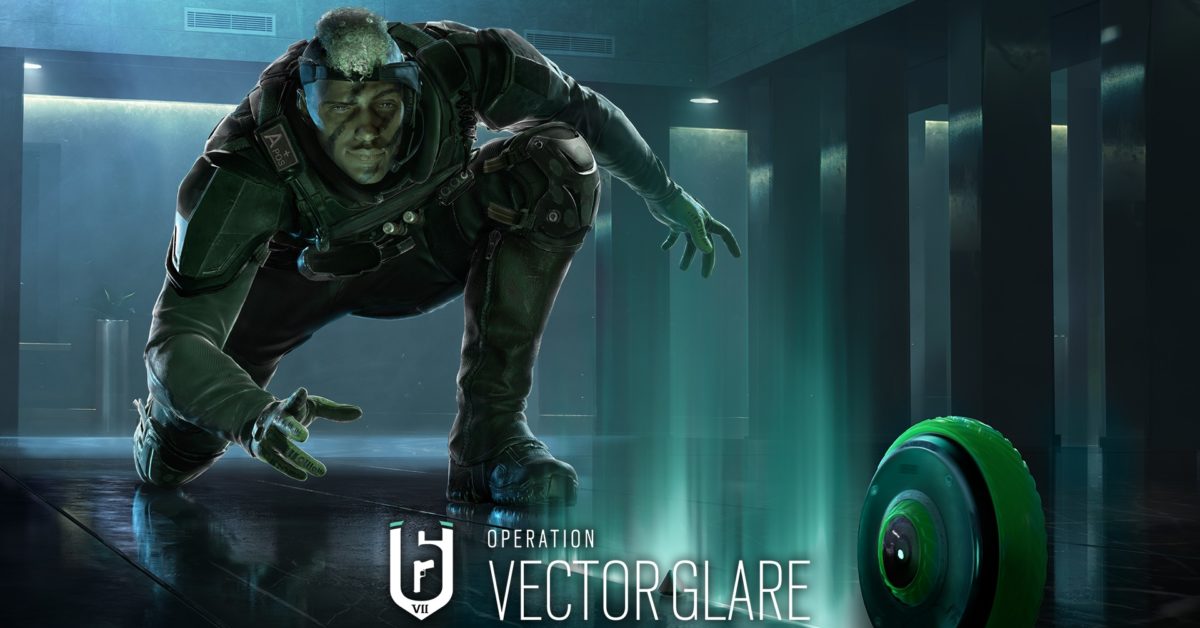 Ubisoft revealed the latest additions coming to Rainbow Six Siege at the Six Charlotte Major 2022 with Operation Vector Glare. The new operation will serve as the primary content for Year 7 Season 2, as you’re getting a new attack operator, a new map for Team Deathmatch, a brand new Reputation System, and a major crossover coming that will have Yakuza fans rejoicing. Your new operator will come with a projected wall that camouflages your movements, but can still be shot through. The new map will have you looking around every corner as you’re enclosed in what feels like an old-school paintball room. You’ll also start seeing operators split into new units based on their specialty so you can better plan out what you want to do. We have the complete rundown from the devs below of what to expect this season, as well as videos and screenshots for you to enjoy.

Operation Vector Glare puts strategy at the forefront with new Attacker Sens, a brilliant tactician from Belgium with military experience and training in psychology. Their R.O.U. Projector System gadget deploys a wheel that travels in a straight line to leave behind small projectors and self-destructs after a set amount of time. The projectors construct a wall of light that blocks players’ line of sight, so making a versatile approach fits right into Sens’ wheelhouse. They are a low speed, high health Operator, carrying a new weapon, the POF-9 or a 417 as a primary weapon and an SDP 9MM or a GONNE-6 as a secondary weapon. Alongside Sens, an exclusive new map for Team Deathmatch mode arrives at season launch. Set in Greece, Close Quarter is the first dedicated Team Deathmatch map that focuses on movement rather than defense setups. With a circular flow and a good mix of different lines of sight, this facility will be a unique experience for players to try.

As part of the Rainbow Six Siege Year 7 roadmap, Phase 1 of the Reputation System arrives this season to continue addressing player behavior improvements. In this update, Reverse Friendly Fire will be activated by default for those who injure too many teammates. Players will receive two warnings before the penalty is activated, and sanctions expire after playing multiple matches without injuring teammates. Further updates address those who misuse the match cancellation system by bringing more control to players throughout the process, from the initial request to the match cancellation itself. In addition, Privacy options are now available to all players in the Options menu.

Two onboarding tools will be added this season: Shooting Range, a playable space to practice, train, and experiment with weapon damage, attachments, and recoils without the pressure of a match to find the best loadout; and Operator Guide, which informs players about each Operator, their unique abilities, gadgets, and any tips for Attacker or Defender strategies.

As announced at the Six Invitational 2022, a narrative change will be coming to the Siege universe: the Rainbow Six Siege Operators will now be split into specialized units. These squads will work together to fulfill Rainbow’s mandate of global protection. Operation Vector Glare introduces the Wolfguard squad, the world’s foremost humanitarian military unit known for its compassionate and careful approach. Most of Wolfguard’s members are trained in field medicine and specialize in protection of some kind: Lion, Montagne, Nomad, Twitch, Ying, Sens, Clash, Melusi, Bandit, Frost, Thunderbird, Castle, and their team leader, Doc.

Also coming with Operation Vector Glare is the Squad Up Reactivation Program: players will be able to invite up to four former teammates who have not played during Year 7. After playing five matches together, in any PVP game mode, both players will earn big rewards. Players inviting their former teammates will earn rewards for each of their four friends completing the program: from new Year 6 Operators, a new exotic weapon skin or other fallback rewards including Battle Pass points if they already own those Operators. Each returning invited player, after playing five matches, will unlock a Year 4 or Year 5 Operator or other fallback rewards.

The Glazers’ time at Manchester United continues to be a hot topic for fans, with…