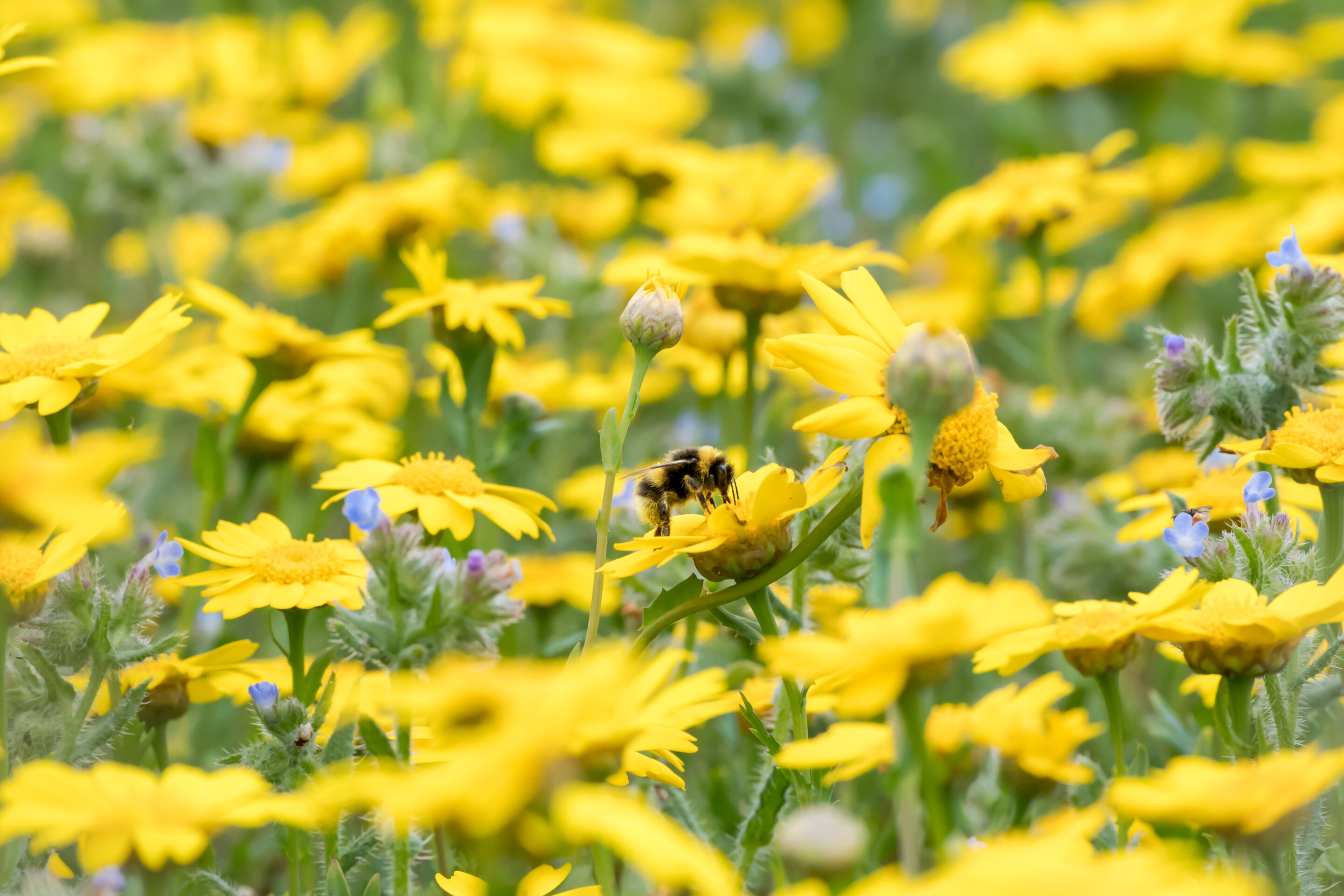 A study using 10 years of citizen science data from the Bumblebee Conservation Trust’s BeeWalk scheme has found that a variety of targeted conservation approaches are needed to protect UK bumblebee species. The findings are published the British Ecological Society’s Journal of Applied Ecology.

Researchers at the Bumblebee Conservation Trust, Karlsruhe Institute of Technology and the University of Edinburgh, have used 10 years of bumblebee abundance data, collected by citizen scientists, to provide the most detailed overview currently possible of bumblebee habitat requirements across the UK.

The researchers found a wide range of differences between bumblebee species in the types of habitat they are associated with. This suggests that a one-size-fits-all approach to bumblebee conservation will not effectively protect all species and that conservation efforts need to be carefully tailored to particular species.

The study identified types of habitat that could be targeted for bumblebee conservation. Arable areas were found to be important for rare species like the large garden bumblebee (Bombus ruderatus), the largest species in the UK. Whereas large areas of semi-natural land, like moorland, were important for several species such as the moss and the brown-banded carder bees (Bombus muscorum and Bombus humilis), and the bilberry bumblebee (Bombus monticola).

Dr. Penelope Whitehorn, at the Karlsruhe Institute of Technology, who led the study, said: “Our results suggest that reversing the loss of semi-natural areas such as wetlands may be the single most generally effective action for bumblebee conservation, while improving habitats in urban and arable areas could benefit particular rare species. As one of the most nature-depleted countries in the world it’s really important that we better protect our native species and habitats in the UK.”

Effective conservation requires in-depth knowledge of different species’ requirements which in turn depends on detailed habitat survey data. In this study these data were provided by a long-running citizen science project, which the researchers see as essential in both collecting the data and engaging the public in conservation.

Dr. Whitehorn said: “Our study highlights the value of citizen science for understanding bumblebees and their habitats. Citizen science also gives everyone a chance to contribute to protecting these species.”

A third of the UK’s 24 species of bumblebee are listed as species of conservation concern because they’re being found in fewer places. “Bumblebees are mostly threatened by loss and degradation of nesting and feeding habitat” said Richard Comont, Science Manager at the Bumblebee Conservation Trust.

“Bumblebees need areas with lots of flowers available from March right through to September/October. Bees lose this vital resource when habitats are lost entirely because they’re either built on or changed into other environments or degraded through things like pesticide use.”

In the study the researchers used 10 years of data from the Bumblebee Conservation Trust’s BeeWalk scheme, a citizen science project involving over 500 volunteers across the UK who carry out monthly monitoring walks, identifying and counting bumblebees.

The researchers combined data from the BeeWalk scheme with land cover data, climate date and detailed observer-collected habitat data. These combined data sources allowed the researchers to look at associations between 14 UK bumblebee species and types of habitat.

As with many studies that rely on volunteers to collect data, the researchers did detect biases. Volunteers often selected survey sites to monitor bumblebees that were close to where they live, creating a bias towards urban areas. However, the researchers say the scale and distribution of volunteer efforts still covered a wide range of UK landscapes, allowing for statistically robust findings.

On the next steps in this area of research, Dr. Whitehorn said: “We’d like to find out why different species are associated with different habitats, so we can create and preserve the right conditions for them in the future. We also need to better understand how shifting climate and land uses might affect bumblebees and their habitats.”

This document is subject to copyright. Apart from any fair dealing for the purpose of private study or research, no
part may be reproduced without the written permission. The content is provided for information purposes only.