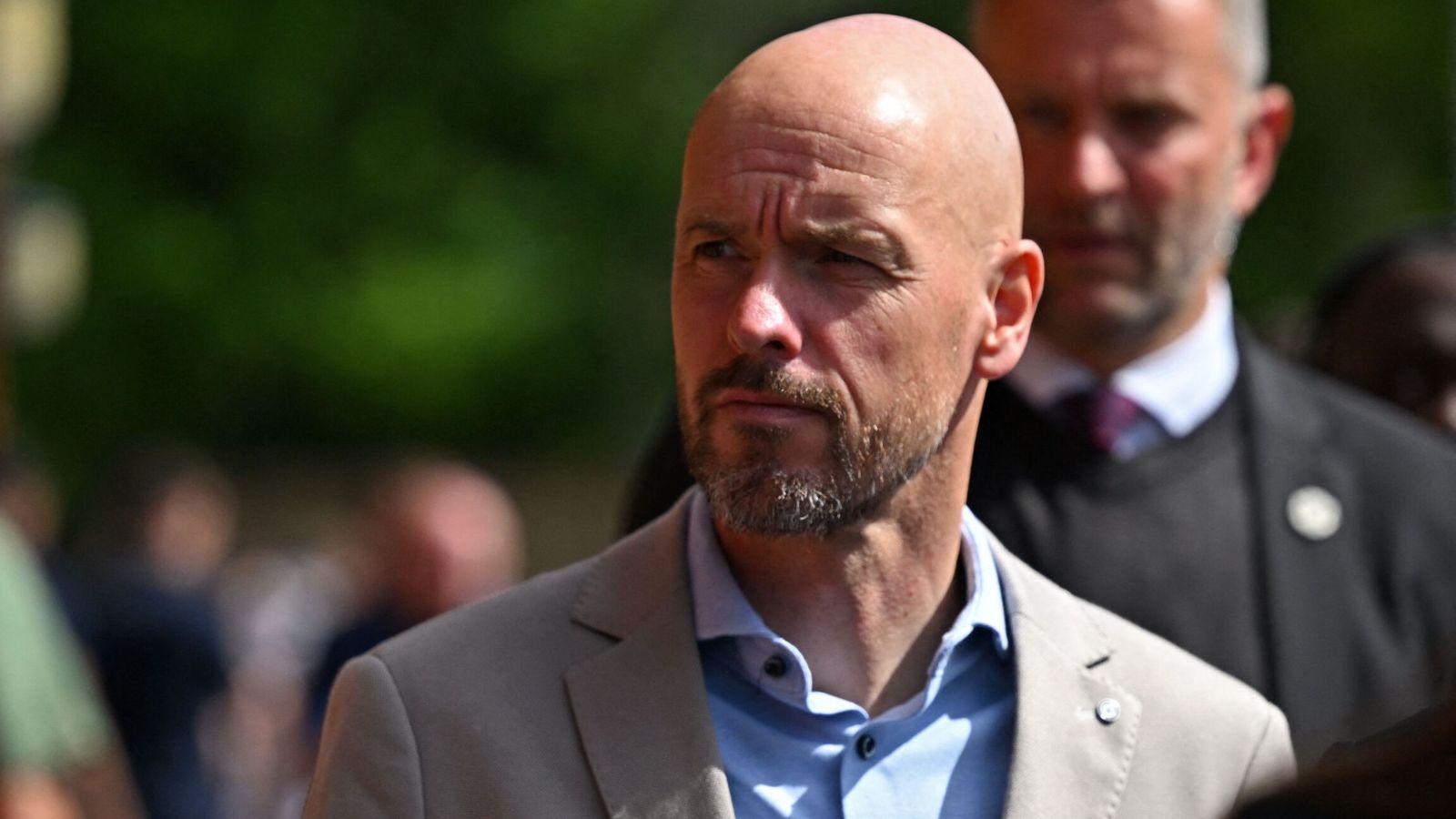 Manchester United’s new manager Erik ten Hag says the situation at Old Trafford is “not that good”, but is convinced he can achieve success.

Ten Hag watched from the stands on Sunday as his new side fell to a 1-0 defeat at Crystal Palace to bring an end to their worst season in the Premier League era, finishing sixth only because West Ham were beaten 3-1 at Brighton.

The Dutchman, who arrived in London last week to get a head start on his plans for next season, is under no illusions about the task that awaits him and is already focused on his recruitment plans.

Speaking to MUTV, Ten Hag said: “The current situation is obviously not that good. It’s a big challenge.

“I want to build and construct a team who are battling for each other, who are unified and who will get results. Also we are playing in the Theatre of Dreams.

Ten Hag, who confirmed pre-season would begin on June 27, added: “In certain positions we want to renew the squad, but one year ago this squad was second in the league, so there is potential and I’m really looking forward to co-operating with the squad.”

‘I want to play dominant football at Man Utd’

Ten Hag has restored Ajax as the dominant force in Dutch football, winning three Eredivisie titles in his four seasons in Amsterdam, while also re-establishing them in Europe.

FREE TO WATCH: Highlights of Crystal Palace against Manchester United in the Premier League

But he was always insistent they played in the Ajax way, controlling games with possession and overwhelming teams with their energy and pressing – something he hopes he can bring to United.

“The way we did it – with dominant, dictating football – that is the way I want to act in Man United as well,” added Ten Hag. “But finally the competence and the quality of the people – so the players – decide how you have to play.”

United have failed to recreate the entertaining brand of football that made the club so successful under Sir Alex Ferguson since he retired in 2013.

Ten Hag is aware of the traditions at Old Trafford, and is clear that his team must be built in the image of the “attack, attack, attack” philosophy that made the club a world power in football.

He added: “Of course. I know the history of Man United, I know the big times and the audience, the vibe that can be around Old Trafford. I watched them in their big times, when Sir Alex Ferguson was manager, during the really successful times when they won titles and were dominating Europe.

“But also before Sir Alex, Man United was a really big club and I know names like Busby and Charlton that gave Man United a presence to the outside world from winning, and winning in a spectacular way, winning so they entertain people. What stays with me is there was always a fighting culture. They fight together and they get success.”