Ukraine says it holds off latest Russian assault in east 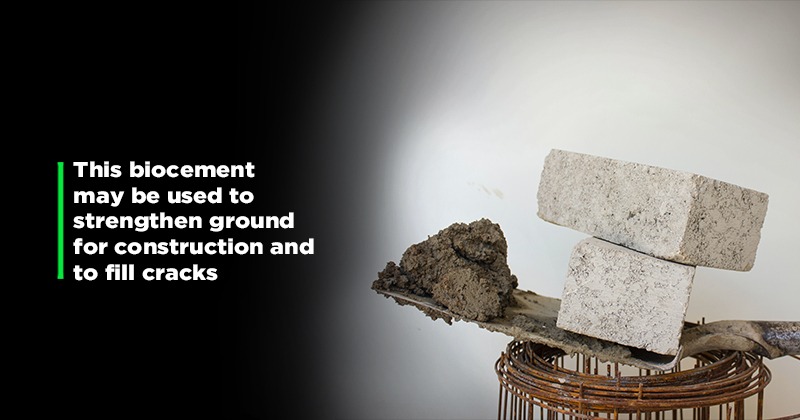 Scientists have created renewable biocement made from waste materials. The biocement was created by scientists from Nanyang Technological University (NTU) in Singapore and is a sustainable alternative to regular cement.

Biocement uses bacteria to cause a hardening reaction that “binds soil into a solid block,” TechXplore reported.

How was the biocement created?

Also read: This 3D-Printed Foam Could Cut Cement’s 7% Of All Global Carbon Emissions

They also tried the experiment in soil. The hard solid substance was not only able to bond soil particles together but also filled the gaps in between them, the result of which is biocement.

Where could biocement be used?

In a proof-of-concept published in the Journal of Environmental Chemical Engineering in February, 2022 showed that biocement could become a cost-effective and sustainable way to improve soil. For construction or excavation purposes, the biocement may be used to add strength to the ground.

It has a multitude of uses. It could aid the construction of freshwater reservoirs on beaches or in deserts. It may also be used to seal cracks in rocks to control seepage.

Also read: This Computer Made Completely From Algae Could Recharge Your Phones In The Future

“Biocement is a sustainable and renewable alternative to traditional cement and has great potential to be used for construction projects that require the ground to be treated,” said Professor Chu Jian, Chair of the School of Civil and Environmental Engineering who led the study.

The process to create this biocement consumes less energy while also releasing fewer carbon emissions when compared to traditional methods to create cement.

What do you think about a sustainable biocement that is also a lot greener? Let us know in the comments below. For more in the world of technology and science, keep reading Indiatimes.com.

Why do parrots live so long?

Science Superstars On The Asian Scientist 100

President Joe Biden has said that the US would intervene militarily if China attacks Taiwan.”That’s…